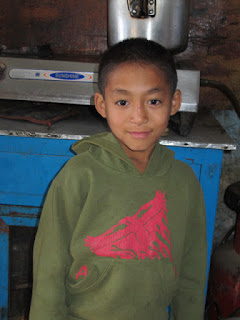 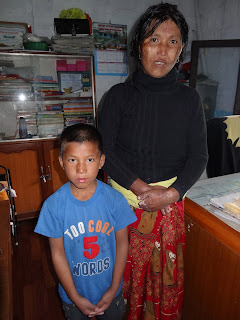 Three of the last five children I posted have been sponsored so I have removed them.  The two in the presvious post are still waiting plus these:  Top is Rakesh who has been sponsored by NEF for at least five years and has now lost his sponsor, he is at private school which is now $350.00.  Bottom is Manu Pun who is not attending school as his mother is too poor.  Her hands are deformed from being burned after which her husband left her.  She now works in the river collecting rocks.  We would like to send Manu to school, his cost would be $125 for Government school.  Please contact me if you are interested. nepeducation@gmail.com
Posted by Susan Marshall at 1:33 PM