Now that the monsoon season is just about over we are able to start our earthquake project.  Dave, our sponsor from New Zealand, and Ram, NEF Chairman, went to a village in Nuwakot that was badly hit by the earthquake.  Their school, Shree Chandeswory Higher Secondary, a school 36 classrooms suffered a complete loss of 25 classrooms which also included the library, science lab, office, toilets etc.  The remaining 11 rooms are damaged which makes them dangerous.

This is what the school wrote to me:


The devastating earthquake that hit Nepal on Saturday 25 April has caused a great damage to Chandeswory Higher Secondary School. Many rooms of the school have been collapsed, turned into a pile of rubble. An office, an administrative room, a science lab, a computer room, a store room, 10 hostel rooms of blind, a blind research room, a library room and  27 class rooms  have been completely destroyed while a meeting hall, two toilets next to the administrative building and some computers have also been damaged. Similarly, six class rooms have been damaged partially. Thus the whole buildings of the school  have been damaged either completely or partially, with the estimated cost of the damage amounting to 7 crore of rupees.

If the villagers do a lot of the labour work themselves we should be able to build about 10 classrooms.  If the labour has to be hired we could only build 5 or 6.  We will see what happens but hopefully we can contribute 10 rooms to this school so it can carry the great work of educating so many students.

The work on this school will begin shortly and I will update on the progress. 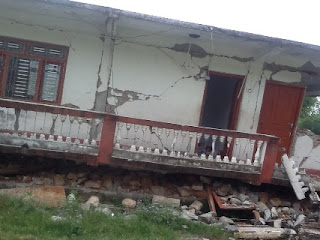 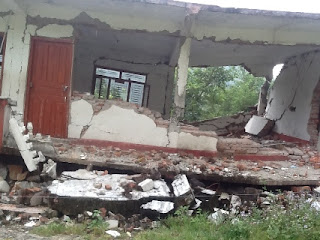 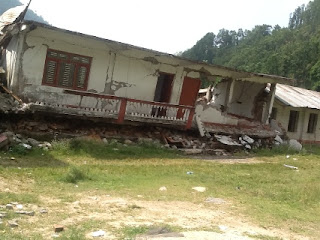 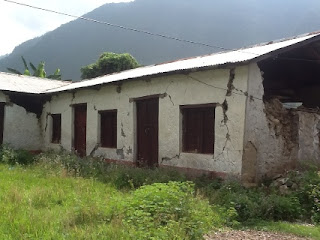 Posted by Susan Marshall at 3:41 PM No comments: