A mountaineer from Dubai, named Julian "Jules" Phillips, has just finished a climb in Nepal.  For this climb he asked for sponsors so that he could raise money for a project through NEF.  He is presently living and working in Dubai but used to live in Qatar and is friends through rugby with Carol and Keith who visit us in Nepal every year.  On their recommendation he decided to use the money he was raising to help the Pumbi Bhumdi school finish their construction of the new classrooms.  He is in the process of collecting the money he was pledged which totals $10,000 US.

This is a wonderful gesture on his part and is a lasting contribution and legacy.  The village school at Pumbi Bhumdi benefits poor, low caste children and will be a model school and with this donation the construction will soon be completed.  We have helped this school grow over the years and have seen its improvement year by year.

Thank you Jules for a wonderful and lasting contribution to the children of Pumbi Bhumdi.

Well after 3 years of planning the climb is over and it all seems like a million years ago as so much has happened in the last 20 days.

It started off badly as the approach to Singu Chuli was blocked due to heavy snows and this year nobody has been successful in even getting to the base camp let alone climb it, so after five days we agreed to abandon the attempt and find a new summit to attack.  I have never been so wet, cold and down right miserable as I was for those five days, so lesson learnt:  check the weather and realistically this mountain can only be climbed by a large group because of the dangers of the glacier route to get to the base of the climb.

As we had already lost five days we flew to the Kumber Valley with the aim of climbing to Ama Dhablam base camp and then on to the Island Peak Summit at 6150 m.  On Friday morning at 8 am, after 7 hours climbing from advance base camp we summited to a beautiful, if cold morning and attached are two photos of our success.
Now started the 5 day extraction trek to Lukla airport which I was not looking forward to but had no choice as it was the only way out.  That is until a friendly helicopter pilot agreed to fly me back to Kathmandu as part of his cargo shipment from Everest Base camp.  The best news/trip I have had in ages as it meant that I was back in Kathmandu and a shower in 90 minutes instead of 5 days.

All in all a great trip and I am very happy to have summited without any altitude sickness and associated illness and whilst not the difficulty of Singu Chuli it did pose some massive problems of its own for us to overcome and thankfully we did.

My own note is that Jules involved a good cause into his mission and that must have brought him good luck or better still Good Karma.  Also called Karma Yoga. 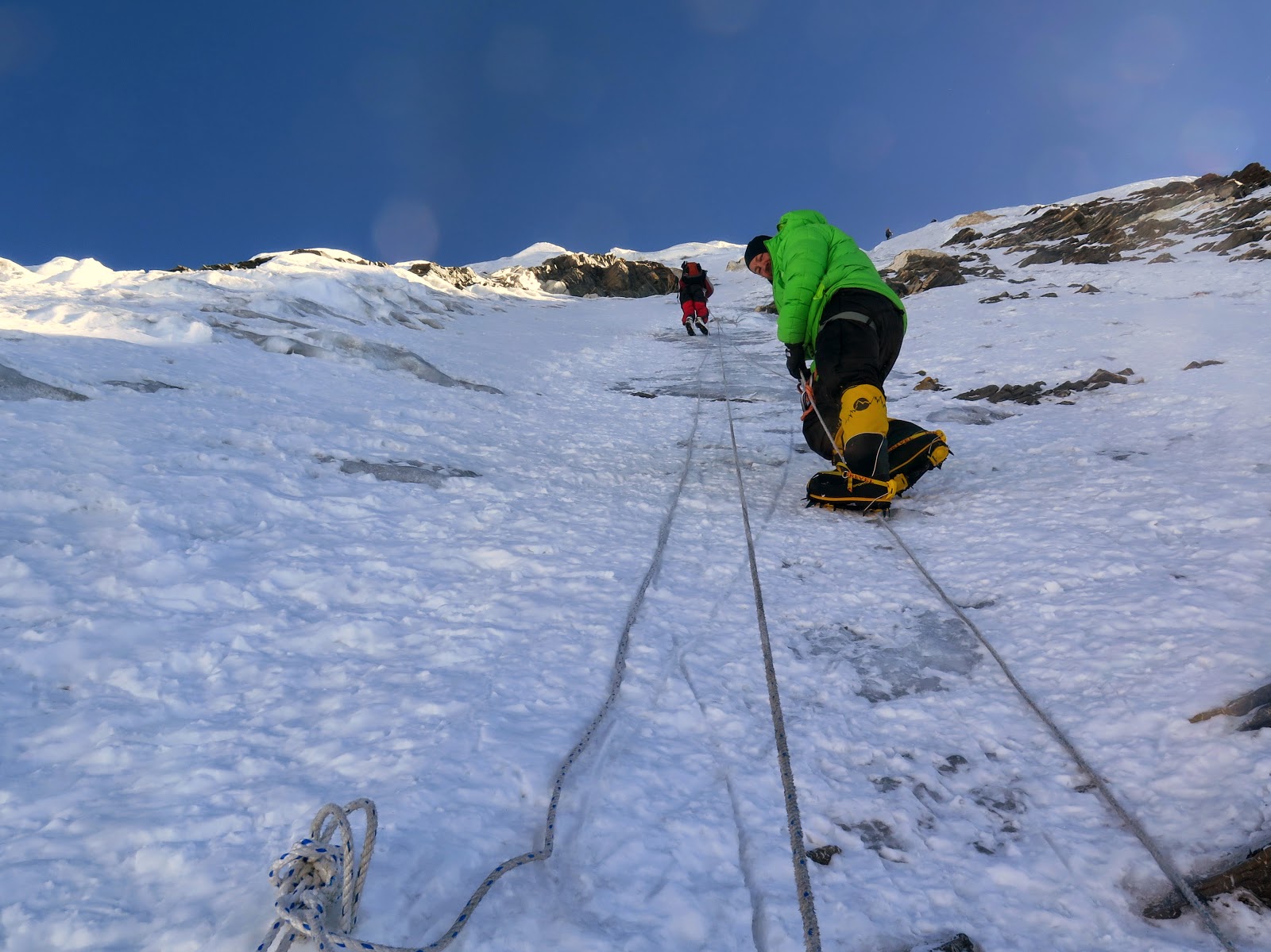 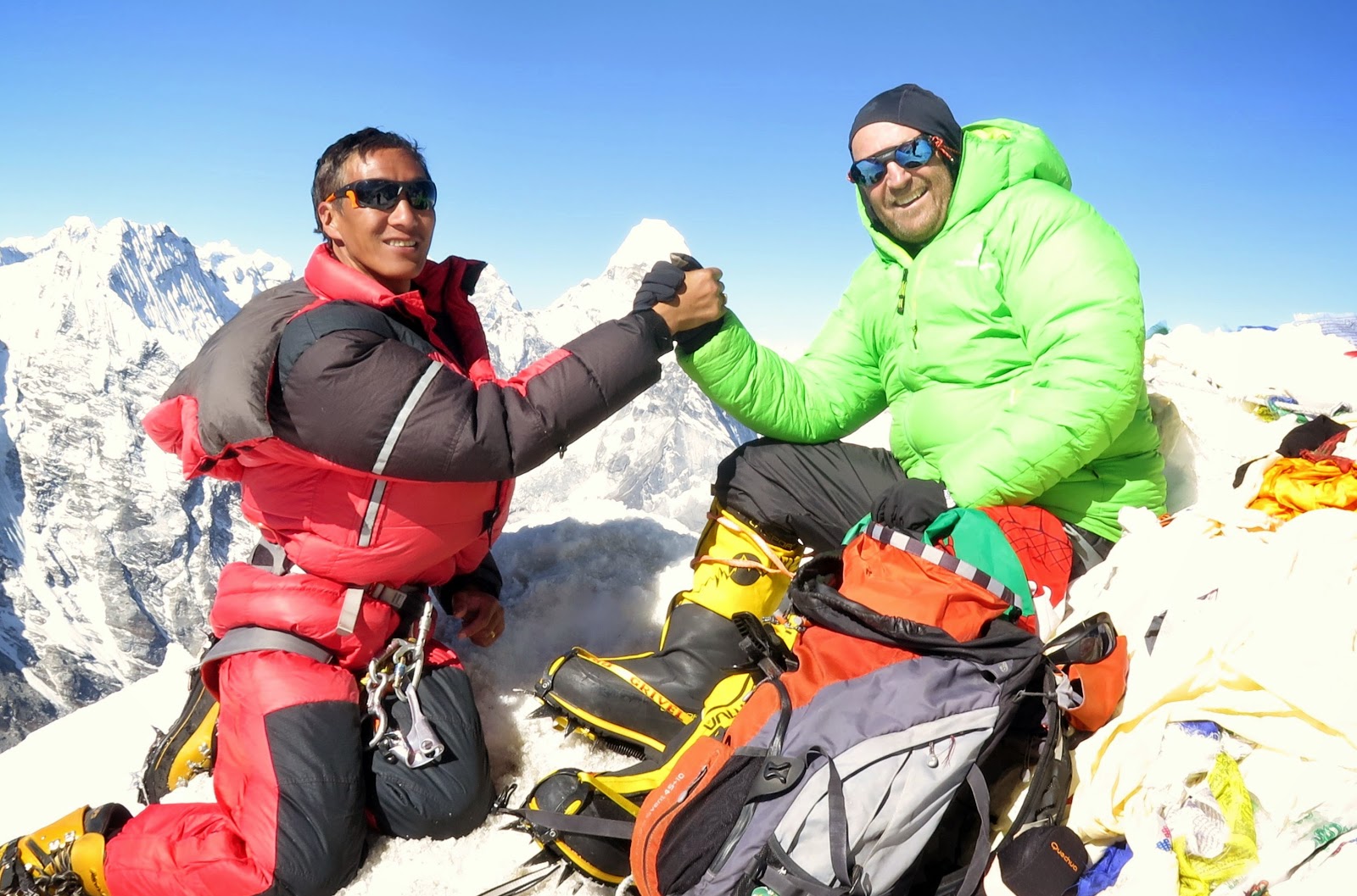 Posted by Susan Marshall at 3:33 PM No comments: